Send us your highest total points using the #progegame on Twitter 🐤 ! 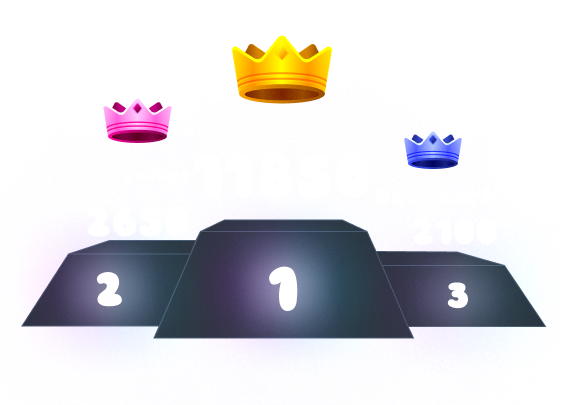 The best programming languages to learn for different jobs

Programming languages are not created equal

First, you should know that not every language is created equal. Some programming languages are better for certain jobs or industries.

For example, if you're a front-end developer, then HTML and CSS would be a great place to start. If you're a back-end developer then Python is a good choice. JavaScript can be used for anything from simple websites to high-performance games.

It's important to have an understanding of what type of programming language is best for your job or industry so you can spend your time learning the syntax and practical uses of the languages most relevant to your work.

Different programming languages are meant for different tasks. Some languages handle mundane tasks like rendering HTML and CSS, while others handle complex or data-heavy tasks like machine learning or artificial intelligence.

Or, if you're interested in writing applications for virtual reality headsets, then consider learning Java or Python because they are more suited for that task.

What is your goal?

For example, if you're looking to learn how to code for your own business, an excellent option would be Python. This is considered the fastest-growing popular coding language among startups and brands. Plus, it's one of the top ten most popular programming languages in the world. Python also has an extensive library of open-source packages--a key consideration for entrepreneurs!

Regardless of your intention, knowing what will help you achieve that goal is essential. This will ensure that you optimize your time spent on learning by focusing on something that will be most useful to you.

How to pick the right programming language for you

Choosing the right programming language can be difficult. It's daunting to learn a new syntax, an unfamiliar set of commands, and use it in practical ways that relate to your job.

However, with these five tips, learning a new programming language will be easier than you think.

1) Get started with the basics
Before moving on to syntax, you should start by mastering some basic principles. The more you understand about the language, the quicker you'll be able to learn how it's used. Take time to familiarize yourself with what variables are, how loops work, or what functions are before trying to apply them in practical situations. You'll have a better understanding of what is happening in the code if you already have a general knowledge of how it works.

2) Learn what this particular language is best for
If you're not sure which programming language is best for your needs, do some research! This may seem like common sense but many people don't do their research before investing time into learning something they may not need or want. Find out which languages are primarily used in your industry so that when practicing coding in real-world scenarios, you're working with something relevant.

3) Ask for help when

Software developers are usually expected to know at least one programming language. Although there are many out there, some of the most popular ones include JavaScript, Python, and Java.

JavaScript is a programming language that has become one of the most popular languages over time. It's often used for front-end development work. This includes creating interactive elements on websites and making web pages interactive.

If you're looking for a language with less syntax, Python is your best bet. It's also not as hard to learn as other programming languages because it's easier for beginners to use. And if you're looking for a job in this industry that requires more mathematical operations, then Python might be best for you.

Java is another popular option among software developers because it can be used for back-end code or actual program logic. That's why it's often used by big companies like Google or Amazon to run their servers or create an app or site with complex logic behind it.

With so many programming languages to choose from, it can be difficult to know where to start.

Fortunately, there are a few key factors to consider to help narrow down your selection.